The first Planning Commission meeting of 2021 had an understandably slim agenda, as much business had been wrapped up before the holiday break.

The meeting began with the unexpected resignation of Commissioner Miguel Guerrero who moved to Portland amid the pandemic. “It was a tough choice but the best one for me,” a tearful Guerrero commented. Guerrero had been appointed to the commission four years ago and previously served on Emeryville’s Bicycle/Pedestrian Advisory Committee (BPAC).

Guerrero’s resignation in tandem with the recent departure of Commissioner Deepak Sohane leaves two vacancies that the city is looking to fill. Qualified applicants should live or work in Emeryville, and applications are due by 5 p.m. on March 15. They’ll be reviewed at the city council meeting the following day.

Despite the two vacancies, the meeting still achieved quorum and the commission held three Public Hearings.

View the entire agenda on Emeryville.org

The commission reviewed a tree removal permit to allow the removal and replacement of three Camphor trees on the west side of Doyle Street north of Powell Street, and one Marina Madrone tree on the Emeryville Greenway near the corner of Hollis Street and Powell Street.

The arborist report concurred that the four trees were either in “poor” or “very poor” health.

There were no comments from the public and the permit was unanimously approved.

Watch the staff presentation and subsequent commission discussion above at [12:00].

The commission discussed Consideration of a second amendment to a Conditional Use Permit that was approved by the Planning Commission back on March 15, 2018 to use approximately three-fourths of the “Rifkin Lot” at 4555 Horton Street to park Emery Go-Round buses and employee cars.

The extension was necessitated by construction delays on the fleet’s future home along Mandela Parkway in West Oakland. This second amendment would extend the termination of the permitted occupancy of the site from April 15, 2021 to June 30, 2021.

There were no comments from the public and the amendment passed unanimously.

Watch the staff presentation and subsequent commission discussion above at [20:20].

The commission held a design review on an application to convert a garage into two additional bedrooms in an existing duplex at 1017 47th Street (near Adeline). The addition would cause the property to exceed the base FAR (Floor Area Ratio) necessitating the application.

The commission commended the addition of housing units and were aligned that the project was compatible with the neighborhood. There were no comments from the public and the amendment passed unanimously.

Watch the staff presentation and subsequent commission discussion above at [28:17]. 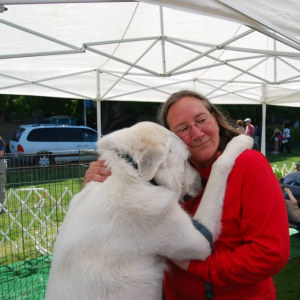 Kate McKinley is a freelance editor and writer in Oakland, a good two blocks from the Welcome to Emeryville sign. As a former fact-checker, she particularly enjoys reporting on the financial and government proceedings that some people find boring. She can often be seen around Emeryville walking her polar-bear-like Great Pyrenees dog.