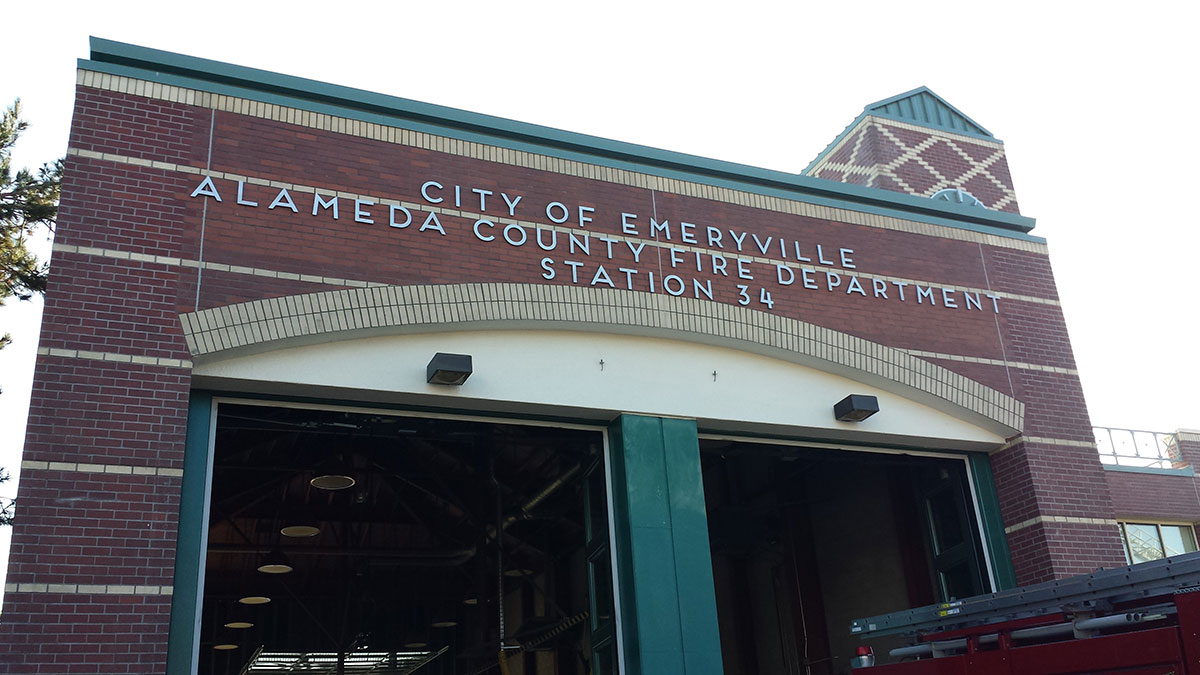 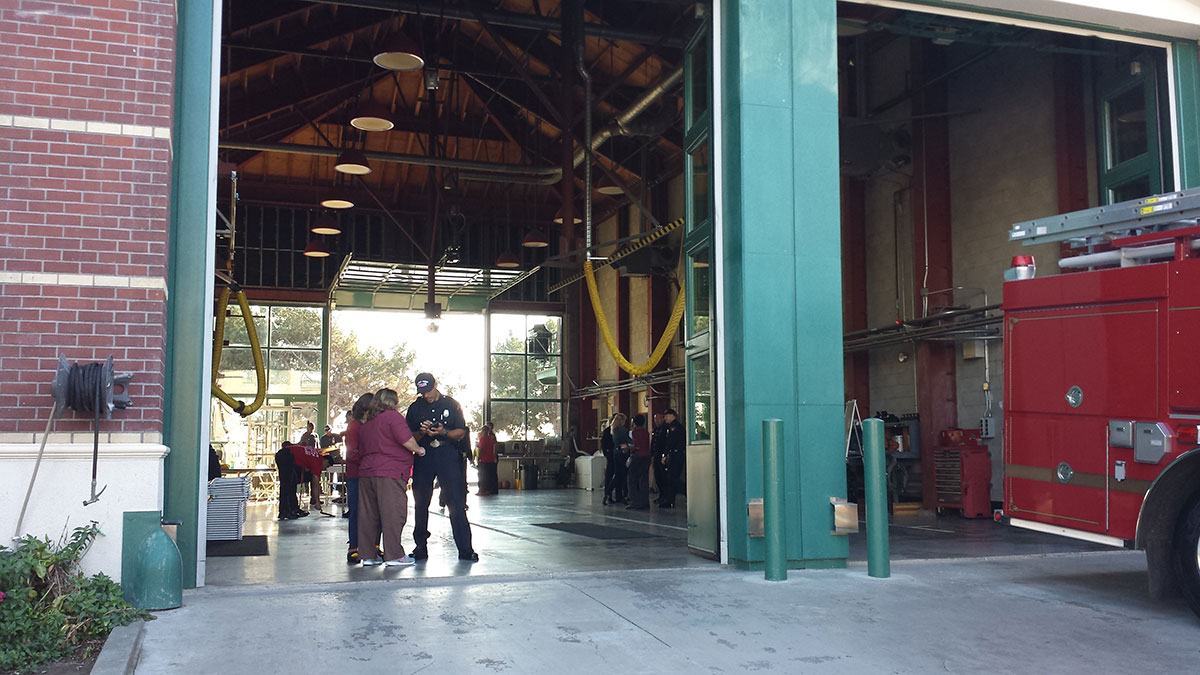 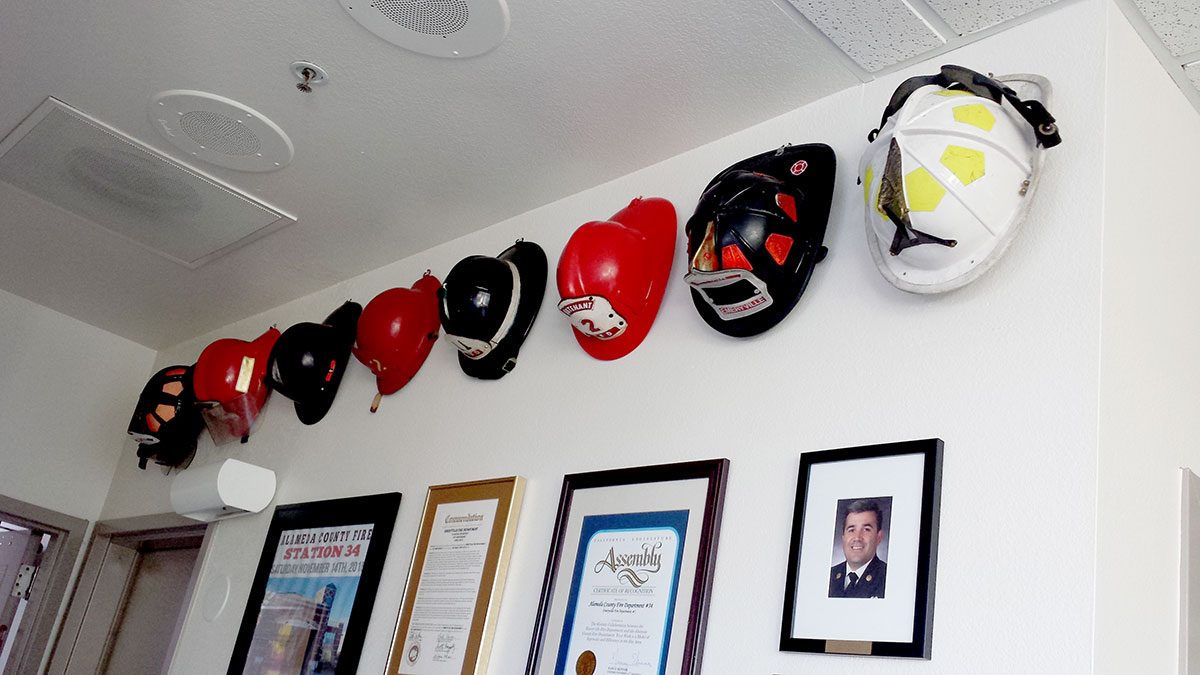 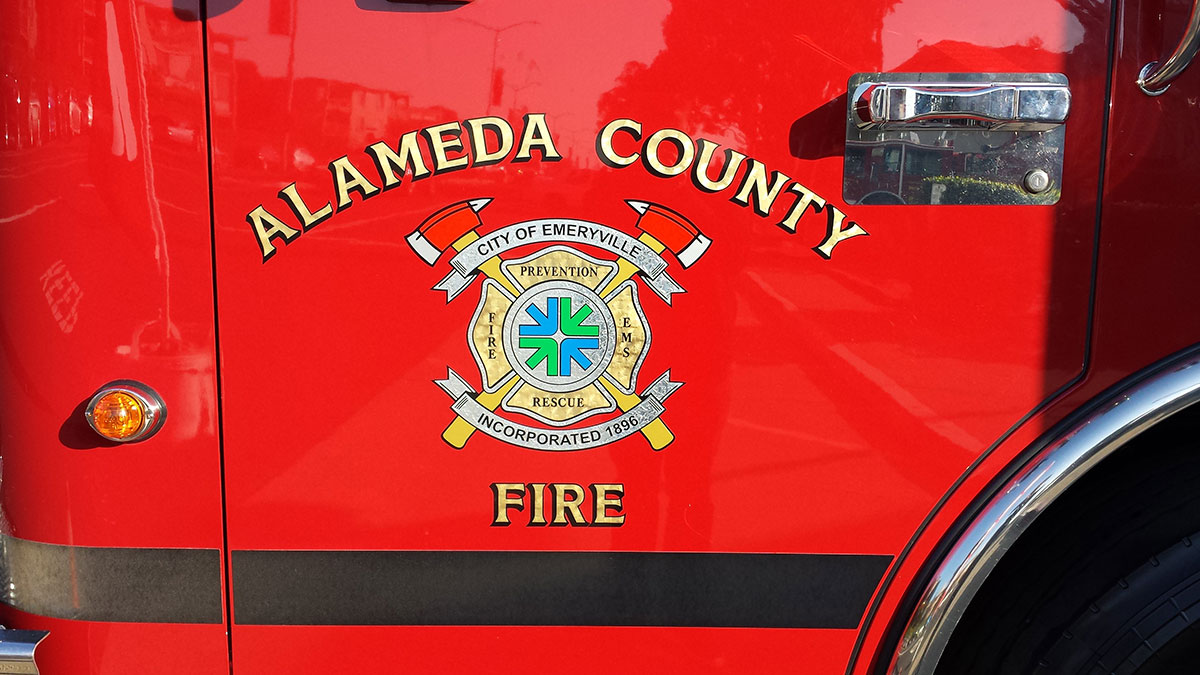 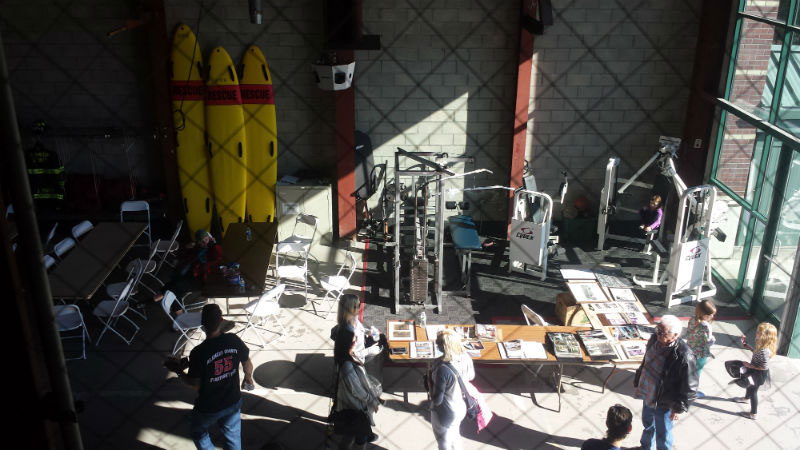 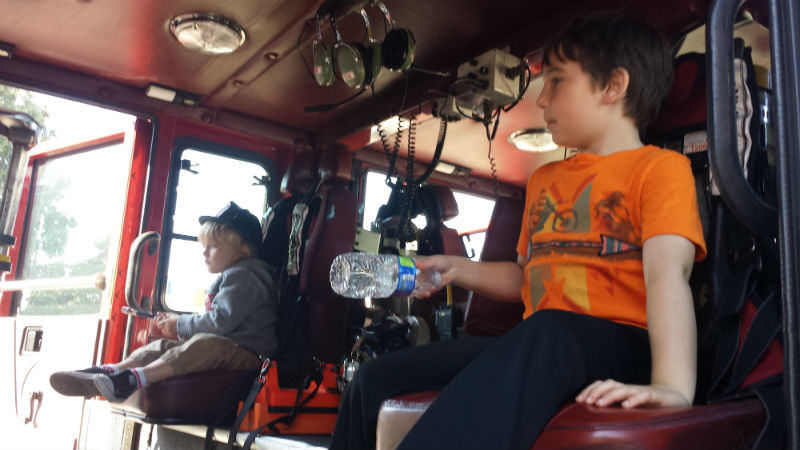 Published On November 16, 2015 | By Rob Arias | Community, In the Neighborhood, News, News & Commentary

More than a hundred residents, neighbors & children attended the Saturday Alameda County Fire Station 34 Open House and BBQ. The event was held to celebrate the completion of the $1.35 million renovation and rehabilitation project that was part of The City of Emeryville’s 5-year Capital Improvement Program [PDF]. The Station had been closed since earlier this year due to a chronic roof leak issue that caused damage to the interior of the building. Construction was performed by Pacific-Mountain Contractors of Concord.

The roof, building walls, and windows of the 1989 constructed station had leaked over the years and led to mold in the interior of the building. In addition, the roof mounted HVAC unit was original to the building and was in need of a more energy-efficient replacement. Firefighters were housed in Station 35 on Hollis during this construction period.

The addition of nostalgic pieces included some historic framed photographs, a collection of helmets as well as a reclaimed brass sign. It is one of only three firehouses remaining in the County with a functioning brass fire-pole. A demonstration of the pole in action was captured by SF Arts & Culture Examiner writer and Marina resident Cindy Warner on YouTube:

Because of its Bayfront location, Engine 34 also employs a Bay Watch and water rescue service conducting maritime emergencies of windsurfers, kiteboarders and sailors in peril. According to a spokesperson, the Firehouse is amongst the most sought-after assignments in Alameda County. The acting Captain of Station 34 is Michael Blair.

The Emeryville Fire Department was consolidated with Alameda County Fire in 2012 at the recommendation of a task force to improve services and cut costs with the blessing of the Firefighters Union.

The firehouse doors of Captain Michael Blair and Bay Watch Engine 34 opened to the public on a gorgeous Saturday afternoon along the shoreline in Emeryville for the Firehouse Tour, with the firemen themselves leading tours and including Probationary Firefighter David Caovilla. Caovilla said some calls go well and some go badly but for today the firemen in uniform opened their home away from home to the public and hosted a BBQ in the yard overlooking the water. It felt more like a summer rental and having the neighbors over for hotdogs and chips. Except for the clean shaven young men in immaculate uniforms and physical condition. And the gleaming trucks with open doors and toddlers inside wearing black plastic fire helmets. One little girl raised her hand with enthusiasm to volunteer at the fire pole demonstration and said she could make crepes in the fire house kitchen. The video captures Probationary Firefighters Christian Randall and David Caovilla demonstrating, Caovilla in action.

Please consider making a one time or recurring contribution with your paypal or credit card account. SUPPORT US →

Rob Arias » Thank you. I edited this paragraph to include her brief......

thebronze » Kirkpatrick was recruited out of Chicago, not Washington state.......

Appreciate independent, community-driven hyperlocal news? Become a member by chipping in a few bucks and we'll send you some free schwag.