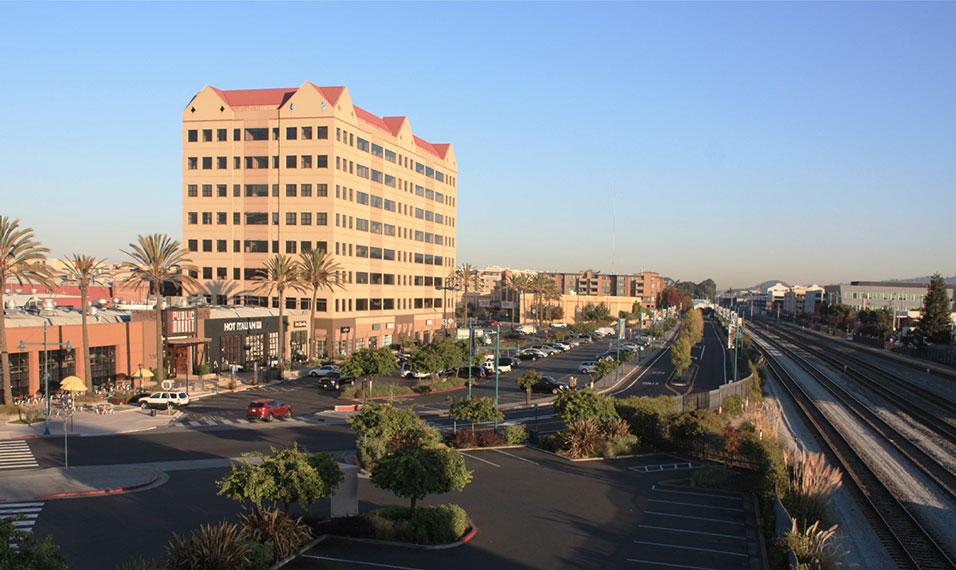 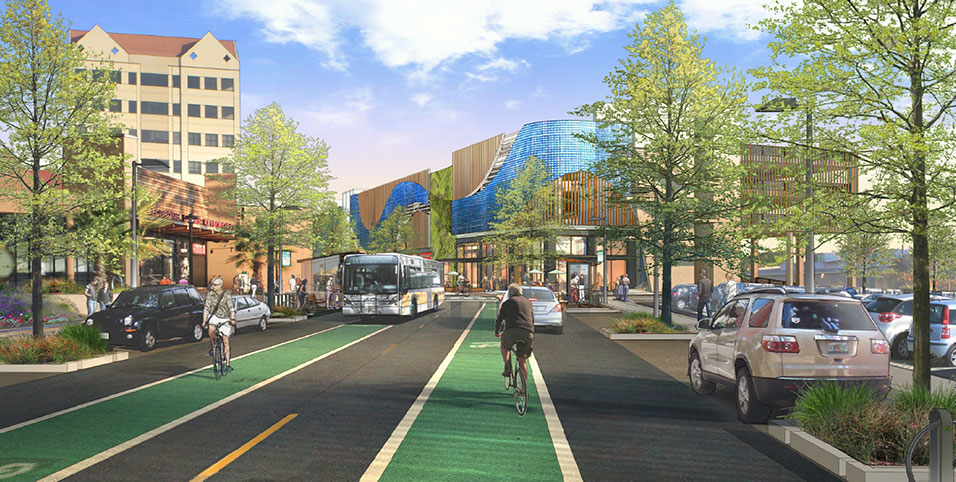 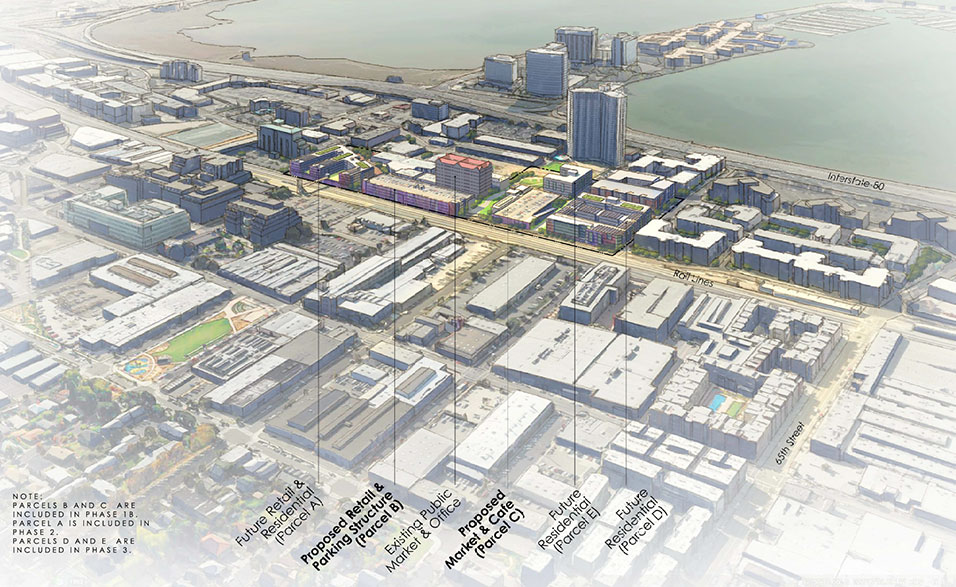 The Emeryville Public Market has undergone quite a reinvention over the last few years. A quick recap: Then owners TMG Partners performed a four million dollar facelift including outdoor Exploratorium exhibits and added new food & retail anchors Urban Outfitters, Hot Italian & Guitar Center. Then in November 2012, it was announced that TMG sold the Public Market to SF Based City Center Realty Partners & New York based hedge fund investment managing advisor Angelo, Gordon & Co. for approx. $70 million. CCRP brought in event planning agency Unseen Heroes to host a series of revolving Pop-up events titled “DISPLAY” that just wrapped up their holiday event series to help reinvigorate the food court area during its transition. CCRP also announced recruiting Michelin-Starred chef Carlos Altamirano to open an 800 sq. ft. stall named “Chicharon” that should bolster the eating area offerings with additional announcements expected. On the downside, it was announced recently that United Artists would not be renewing their lease at the Emery Bay 10 Theater and The Broken Rack Pool Hall is looking to move out of their EPM location to near the stalled Peladeau Park along the Greenway (behind Honor Kitchen & Cocktails). Construction has progressed on the 190 unit apartment development on the corner of 64th & Christie. All of these improvements seem like “Window Dressing” to The Public Markets long-term plans which were unveiled at the last Planning Commission Meeting.

The next phase of the Public Markets evolution was presented on December 12th to the Planning Commission by Senior City Planner Miroo Desai & Hart Howerton architect Eron Ashley (A North Oakland resident and purported EPM regular who referred to the site as “one of the best in the country”). Mark Stefen, president of CCRP, referred to the projects ambition of being “Emeryville’s Green Living room”.

The Planning Commission expressed that the (yet unnamed) grocery store would be a welcome addition to the neighborhood. Commission & Public recommendations of an organic-specialty store such as Whole Foods, Fresh & Easy or Lunardi’s were expressed through public comment period and the Commission. Early concerns expressed by the Commission included traffic circulation and the impact of the addition of the grocery store as well as delivery/unloading obstructions. Concern over the removal of commercial office space as well as the recommendations of Class 2 Bike lanes and included improvements to the Amtrak Pedestrian bridge were also discussed. Commissioner Steven Keller, whom had to recuse himself from the project because of his proximity to it, expressed concerns over the projects “Suburban” and “Auto-centric” nature and also the lack of community meeting prior to solicit neighbor input and concerns. It’s the Planning Commissions Job to review and ensure that these amendments conform to the PUD/FDP and make a recommendation to Council for approval.

The entire Study Session can be watched on the EPOA YouTube Channel:

The Public Market’s complete phased plan can be seen online: