The Pak ‘n Save on San Pablo has really been showing its age. Built in 1994 with 1991’s Measure J funds and touted as Emeryville’s first grocery store, it became one of the key anchors of the East Bay Bridge Center: that grey cinderblock expanse along 40th and San Pablo Avenues that includes the Home Depot and newer Target. Many now find it rather dark and somewhat depressing, a bit dingy and down-market. The 1.8 million dollar renovation [correction] includes a complete interior remodel and update of the northern façade and entrance. Although the total square footage of the store will not change, almost everything is being updated or completely remodeled to modernize the facility. The renovations include updated deli and bakery departments, an expanded produce department and a new pharmacy.

After several months of staggered interior construction, which often had customers dodging excavation projects and shifting aisles, the remodel is nearing the finish line. Contractors were seen hard at work earlier this week, remodeling and painting the façade bricks and re-paving the sidewalk access to what will be dual entrances.

Wendy Gutshall of Safeway’s Public Affairs department shared that “the produce department will be 15% larger and include an expanded selection of items including a wide variety of organic items.” As recent as October 27th, the last of the new energy-efficient coolers were being installed, along with new wet coolers for packaged items. These newer coolers allow for more products to be displayed and easier access for customers. The look of the produce department has a more appealing “Farmers’ Market” feel to it these days, with many displays in crate-like stands, angled for better viewing and access.

While the aisles have moved, or switched up completely, the new hanging signs seem easier to read from a distance. One favorite section for many patrons might be the relocated beer aisle; which has become better organized with prominent, bright signage to help one navigate from the craft beers to “local brews” and imports.

The lighting in the store is in the process of being replaced in many areas, making for a brighter shopping experience. New checkouts, pushed closer to what was the original entrance include ten attended and six self-check stands which some may have noticed on recent visits. The bakery and deli departments are the last to get the upgrades. These changes started this past week as the store nears its construction deadline.

Store hours will not change, as what may be Emeryville’s first supermarket gets ready for its new debut. Grand Re-opening will be November 16th and “A special 12-hour sale will take place from 8am to 8pm on November 16 and an ad will be available with the featured items.” Gutshall responded.  A preview event will occur the day before with tastings from 4-8pm.

A big welcome to our latest Emeryville voice & contributor, Pamela “Meekorouse” Rouse (No relation to our E’ville Bites Food blogger Calvin Rouse). Pamela previously contributed to the Los Angeles based “BlogDowntown” and currently writes her own Emeryville blog “On the Edge of E’ville“. 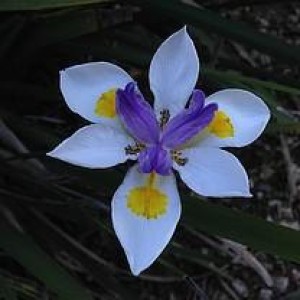 Pamela is a former Berkeley resident returned to the East Bay. While living and blogging in Los Angeles’ Historic Core neighborhood, she and her husband enjoyed a thriving art community, easy walking and commuting, friendly neighbors, a quirky city history and an appreciation of adaptive reuse. These same qualities made them select Emeryville upon their return last year. When not taking classes, she enjoys writing, photography, volunteering, traveling, walking, blogging and finding new places to eat.