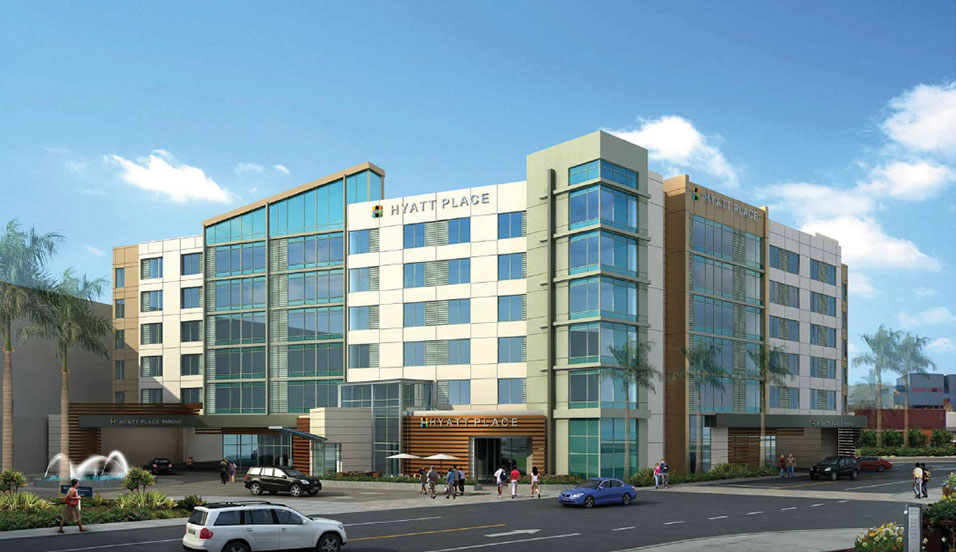 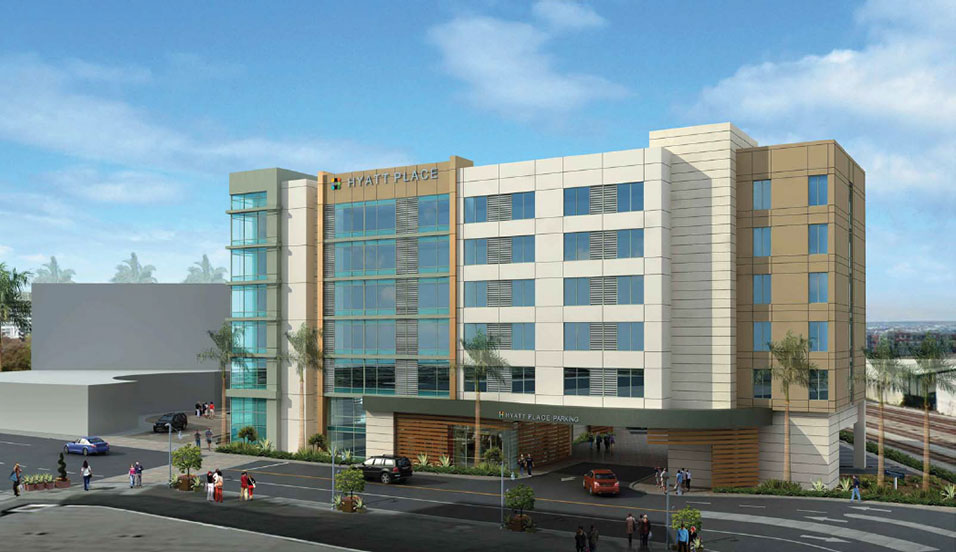 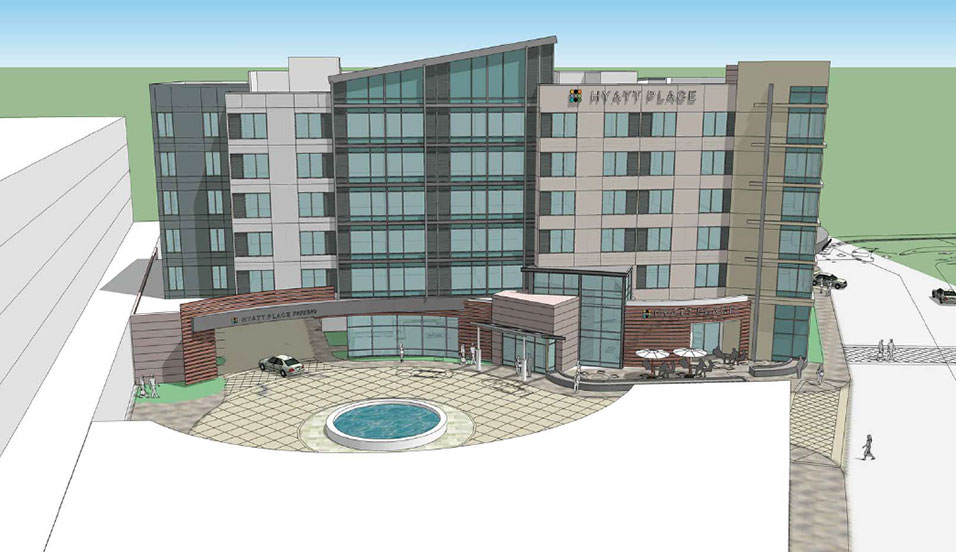 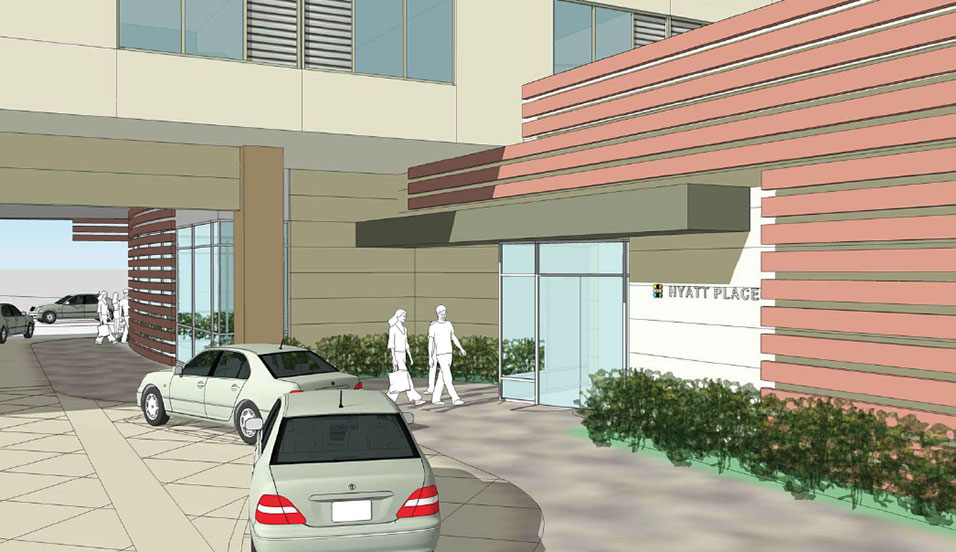 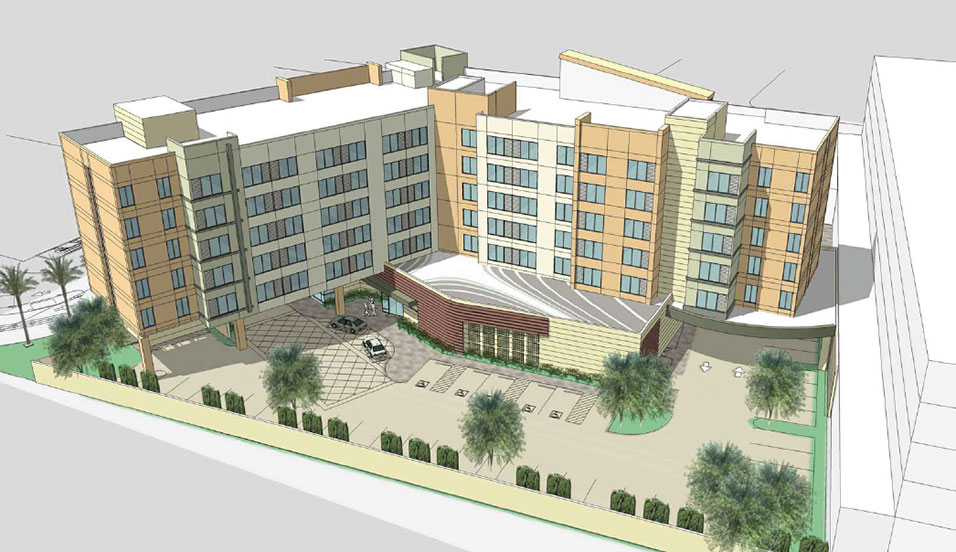 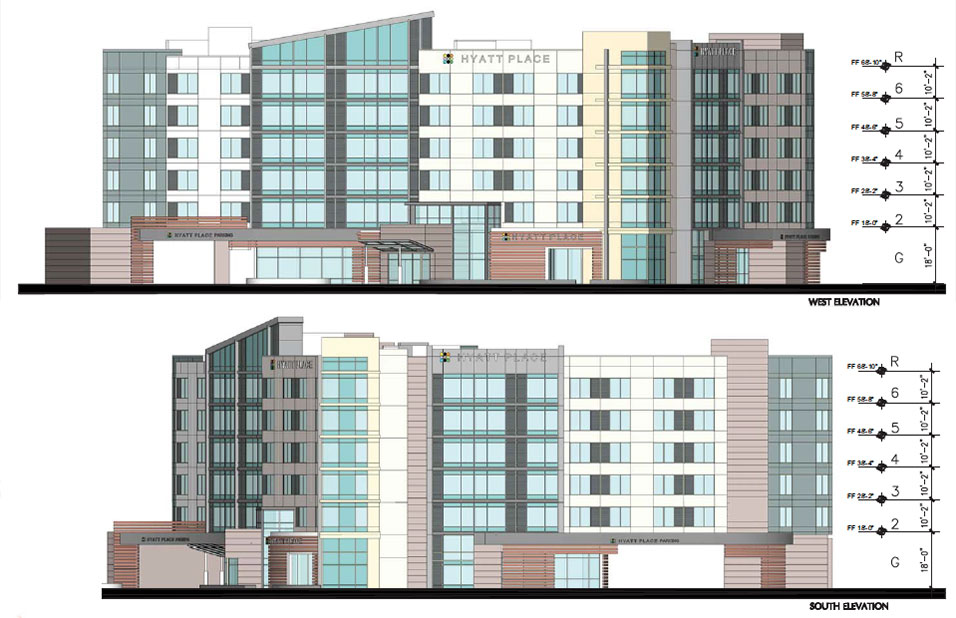 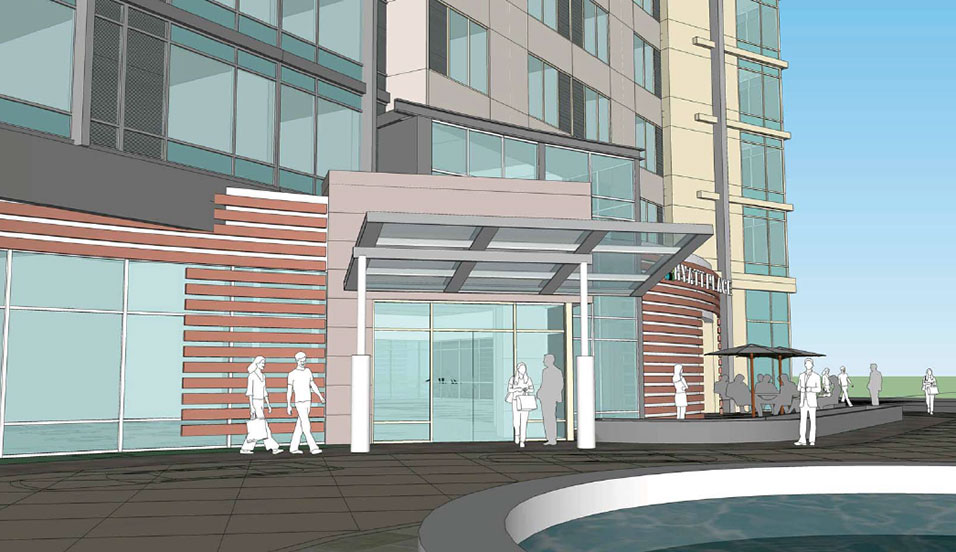 Last August, we reported that the plans to add a Macy’s to the Bay Street “Site B” area were officially dead. The site has mainly functioned as a seasonal Christmas tree lot & pumpkin patch for 6 years since the area was demolished. Madison Marquette continues to explore other uses for the space (although interesting enough, the rendering below refers to this space as a “Proposed residential project”?). Meanwhile the adjacent “Site A” area is proceeding with plans to build the hotel that it was zoned for. Ensemble Hotel Partners & Madison will present plans for a 169 room “Hyatt Place” this week to Local residents to “share information and invite discussion”. Hyatt Place is a new, “upscale” brand of the hotel chain that “combines style, innovation and 24/7 convenience” according to its website. Hyatt currently operates Hyatt Place branches in Fremont, San Jose & Dublin.
Plans for the hotel include:

Curiously, it would  be built almost immediately next to a Hyatt “House” (A brand that caters to longer stays by guests with kitchens and pet accommodation) which used to operate as the much maligned Woodfin Suites. Woodfin Suites was the target of an ongoing protest after they moved to dismiss 21 of their cleaning staff in apparent reaction to Emeryville’s passing of a living wage law in 2005 … although under the alleged guise that it was because of immigration issues. Woodfin announced a settlement agreement with the housekeepers in 2010 then promptly sold their Emeryville property to the Hyatt Corporation.

The biggest hurdle in the project appears to be Hyatt’s unwillingness to play by Union rules as they have come under increasing fire from organized labor. Union Leaders recently called for a global Boycott of their hotels citing Hyatt “the worst employer in the hotel industry by abusing its housekeepers and other hotel workers, replacing long-time employees with minimum wage temporary workers, and imposing dangerous and health-threatening workloads on those who remain”. Hotel worker Union “UNITE HERE!” recently reached an agreement with the chain and has ended its boycott.

There will be a series of community presentations including a Monday 1/6 BPAC meeting, A Tuesday 1/7 Community meeting and a Planning Commission Study Session on Thursday 1/23.

» When serving on the school board, Putz voted against saving......