Emeryville, with a long history of coffee roasting lineage that includes Peet’s, Peaberry, Highwire, McLaughlin, Ubuntu, Blue Bottle & Roast (the latter two being mere feet from our border), is ready to welcome another roaster to the family. Durham, North Carolina Based Counter Culture Coffee will be opening its first West Coast facility with its first public tasting today and an open house on Saturday. Counter Culture’s new facility will fortify its West Coast presence and expedite its deliver to its customers. Counter Culture’s Emeryville location will be the first in an ongoing West Coast expansion.

A coffee wholesaler, roastery and training facility, Counter distributes its beans predominantly to coffee shops and restaurants. Counter Culture has a long-standing tradition of opening its doors to the community for tastings of its products. Their “Tasting at Ten series”, held at 10 a.m. on Friday’s at all of their regional training centers, are free and open to the public.

Founded in 1995 and just recently celebrating their 20th anniversary, Counter Culture prides itself on working directly with local farmers and cooperatives to source the best beans possible and roasting them to bring out the best flavors possible. Regional training centers, such as the one in Emeryville, are used as an education platform for coffee tastings, brewing fundamentals and overall best practices.

Counter Culture first unveiled its plans to open its 12,000 sq. ft. space in the refurbished Klinknerville building to the Planning Commission back in 2013 and was attended by president Brett Smith. The Commission advocated for improved landscaping and mitigation of any offensive odors to the neighborhood but ultimately approved the project 6-0. Counter Culture employee Steve Ford, previously a buyer at Ritual Coffee in San Francisco, will be managing the new location and noted that Emeryville was chosen because it is a “nexus” for the Bay Area and it is relatively easy for people to reach be it by car, bike or public transportation. The facility will employee as many as ten full-time employees.

Having a location on the West Coast cuts down on the need to ship beans across the country, and the training center helps to foster relationships and spread education around the art of coffee brewing. A notable employee to be joining the Emeryville location is Katie Carguilo who comes from the New York Counter Culture facility. Katie was named the U.S. Barista Champion in 2012 beating out 54 contestants in a four-day competition. Her role is focused on West Coast quality analysis.

Counter Culture’s open house will be this Saturday, 4/25 from 10 – 2pm that will include brewing workshops, limited edition giveaways and more. 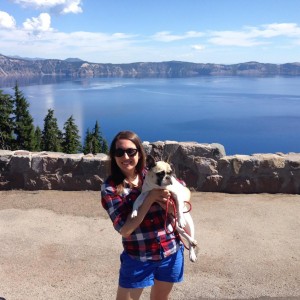