In 2009 Oakland artist Gregory Kloehn kicked off the Dumpster Home project—an exercise in making small housing structures out of large garbage containers and other illegally-dumped materials. Now, Gregory’s eye for improvised architecture has led to the creation of dozens of small, sturdy units for homeless people previously living in encampments in West Oakland and parts of San Francisco. His new initiative, called The Homeless Homes Project (HHP), began after Greg received an outpour of requests from people who’d heard about his Dumpster Home project and wanted to help take it to the next level.

HHP features small structures built out of illegally dumped garbage and other industrial waste in West Oakland neighborhoods and other parts of the Bay Area. The mission is to bring together imaginative volunteers and discarded materials to make sturdy, innovative, mobile shelters for homeless people.

Initially, his vision was to make artistic structures, says Greg, a graduate of the California Academy of the Arts. He fashioned his first miniature home for research he was conducting for a book about homeless architecture. “I was inspired by their structures and resourcefulness to try my hand at it,” he said. “I grabbed illegally dumped waste off the street and thought ‘Let me use my skills and tools and do it in a more permanent fashion.'”

Greg sifts through the ample amount of illegally dumped piles of trash in West Oakland, many from Marijuana grow rooms and construction.

It wasn’t until a homeless woman named Charlene, who lived in Greg’s West Oakland neighborhood and whom he’d known for years, knocked on his door to ask if he had a tarp she could use, that it suddenly donned on him that he could give her his old structure, which had been sitting in his studio for months. “As I walked past the home,” Greg says , “It hit me, she has better use for this than I do. I ran back out and told her to come back tomorrow and I would have a home for her.” The next day, Charlene returned with her husband Oscar, and Greg handed the couple a set of keys and a bottle of Champaign. Then he watched her roll the structure away. Greg began work on another structure that same day.

The homes—car-sized structures big enough to lie down in—are built out of various discarded materials including OSB board, futon frames, bed frames, solid doors, glass refrigerator shelves, auto glass, door locks, exterior paint, large casters (200+ lb load), and other materials discarded in dumping areas in Oakland. The only thing he buys are nails, screws, glue, paint brushes and dumpsters. Everything else comes from the street, dumpsters, or are donated by local businesses.

The interior of the Tiny Homes are big enough to sleep in and contain amenities for grooming, storage & security.

Greg is currently seeking a new work space where he can continue to host workshops and house more materials. So far, he’s been able to build homes in temporary studio spaces in various San Francisco artist collectives, where anywhere from 6 to 15 people attend his workshops. The workshops are popular among church members and eco-builders, mentions Greg. It takes the artist about a week to finish a structure by himself, less time with more hands.

The Homeless Homes Project maintains the same vision as the original Dumpster Home Project: “I want to run with this free-form building technique that I’m having such a great time with and make a bunch of prototype structures and give them away. I want to challenge myself as to what I can make a home out of, and in the process be able to make a difference in someone’s life,” says Gregory. “I give [the homes] to the homeless that I know are living right in my neighborhood. Some people live just down the block from me. They are my neighbors.”

The craftsman-made structures are a product of Greg’s artistic ingenuity, and he admits that he never intended to solve homelessness. “Homelessness is a huge problem, and this is not the be-all-end-all to end homelessness,” he says. Instead, the artist aims to provide the homeless with more substantial housing, and to provide a level of dignity that living on the street, or even traditional homeless-help shelters, don’t provide.

The Tiny Homes are mounted to casters which make them mobile and elevate them to prevent water and vermin intrusion.

The Homeless Homes Project is not without criticism. Kristine Shaff, an official at Oakland Public Works, brings up a sobering detail of Greg’s work in an interview with Mother Jones. “Whether they’re lovely, artistic, craftsman-built, and unique…and whether they’re allowed by law to exist so people can stay the night in them, are two different things.” However, Gregory says safety comes first. “Homeless people are treated worse than second class citizens, ” he says, adding that to a person who has nothing—who often goes weeks even months without a shower or basic facilities, who gets turned away by businesses even when s/he has money to pay—having a house with a lock, a kitchen unit, a place to shave, an elevated floor to prevent rats from coming in, a shower area, and a toilet—makes all the difference in the world.

Many consider homes like these—which have sprung up in different US cities, including Madison, WI through the organization OM Build—as a working model for what the Interagency Council on Homelessness calls the Housing First philosophy, which is based on the premise that people without homes can maximize their efforts to address the root causes of their homelessness and find needed services only once they’ve found refuge from a life on the street—a lifestyle that can often exacerbate physical and mental illness. Greg, who is an advocate of this philosophy, says, “Shelter comes first. Then go out an worry about getting food.” He adds, “Imagine if you went three months without a shave, shower, or toilet. You wouldn’t be able to get a cup of coffee at a Starbucks. It’s hard for [a homeless person] to feel like a person.”

In West Oakland, residents living close the Martin Luther King Jr Way corridor—where encampment structures are dense—have expressed concerns over encampments on the street which many consider a hazard to human safety. Advocates for the homeless fear that city efforts to clear homeless camp grounds—which is an effort enforced by the Oakland Police Department—are only moving homeless people to different neighborhoods and then back again. “They’re removing the problem, but leaving the person,” says Greg. Many residents have also voiced concerns that clearing encampments is not a solution to homelessness, and that having OPD enforce cleanups and cite anyone who has failed to leave by a certain time, has the effect of criminalizing the poor. “Why not try this?” asks Greg. “I’m picking up illegally dumped waste that the city would have to clean up on their own time. And I’d rather look at my homes than these shelters.”

A homeless woman who goes by “Pocahontas” lives with her husband & dog Bella in a strip of Tiny Homes that Greg built on Wood St. in Oakland’s Prescott Neighborhood.

Elaine de Coligny, executive director of EveryOneHome, told East Bay Express that there are 2,000 people living outdoors at any one point in Alameda county, and that there are not enough permanent housing resources for all of them. In the interim, she says, actions need to be taken about encampments and blight areas, which result in people being moved around.

Although the City of Oakland has increased outreach efforts and lowered the number of homeless families living on the street over the last few years, homelessness of single adults persists.

Across the bridge in San Francisco, Greg has built a number of homes for homeless people living along Valencia and Brennan streets underneath the highway. There as many as 400 people currently living in encampments in the Mission District alone. But that might change soon.

In one of the most innovative and large-scale homeless-help experiments in the US, San Francisco Mayor Ed Lee announced a plan to relocate entire encampments (including couples, tents, and pets) into a housing complex called the Navigation Center located at an old high school on 16th and Mission streets. The center is designed as a fast track to counseling services, substance-abuse programs, and other services that can eventually lead to permanent housing situations. The center, scheduled to open the week of March 16, is unlike traditional shelters in many ways: it will be open 24 hours a day, provide dormitories for residents, storage areas for property and pets, laundry services, and counseling programs. The aim is to house about 72 residents at a time for 10 days while aid workers find them permanent housing. The Navigation Center is being funded by an anonymous donation of $2 million dollars through the San Francisco Interfaith Council. An additional $1 million from the same donor is being used to build 500 new supportive housing units, with counseling services included, by the end of 2015.

SF Homeless Project: Can Oakland’s Compassionate Communities program serve as a model for others? 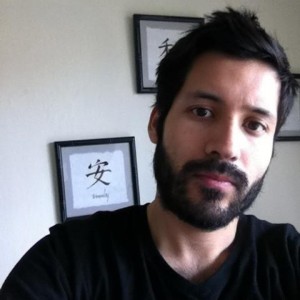 graduated from UC Berkeley in 2010 and has been living in Oakland for five years. Jaime will be focusing on covering developments in the dynamic West Oakland area.