I looked at Emeryville Police Officer Ron Shepherd with wide eyes and breathlessly asked, “Did he have a gun?” My shaking hands gripped a gun outfitted with a laser I had just used to shoot a man in a simulated domestic violence call, part of a recent trial run of the Emeryville Police Department’s Force Options Simulator classes for civilians that delve into use of force.

The simulated encounter came at the end of more than two hours of classroom training — the same training the city’s officers receive — outlining de-escalation skills and current laws stipulating how police officers can use force, what force they can use, including deadly force, and when.

The four-hour class’s main objective is to place civilians in officers’ shoes and “experience how an officer gets trained to make better use of force decisions,” said Sgt. Richard Lee.

After covering use of force case laws including Graham v. Connor, Tennessee v. Garner, which defines the use of deadly force, Scott v. Henrich and Bryan v. McPherson, I stepped into the simulator. Two of the three scenarios I went through were nerve-wracking but fairly benign, and I never used my weapon. Instead, I was able to de-escalate the situation using verbal commands, part of the “tactical communication” skills officers use to redirect people and persuade them to comply.

De-escalation skills have “really taken on more of a larger meaning now than… ever,” said Shepherd. “We want to try to de-escalate the situation as best we can verbally before having to resort to any type of use of force tactic or technique.”

In the domestic violence scenario, however, my de-escalation skills were not enough. Overwhelmed by adrenaline and fear, I missed a warning from the man’s partner that he had a gun. I never actually saw the gun he used to take two shots at me before I instinctively returned fire, one of my two bullets hitting the man in the abdomen and causing him to slump to the floor. My heart dropped to my stomach when I started to doubt he even had a gun. I thoroughly felt the gravity of injuring or, worse yet, killing someone.

As part of my debrief, Shepherd asked me what I saw, what I did and why I did it, the same questions asked of officers. We replayed the domestic violence scenario, including watching a surprising alternate ending that had even caught Shepherd off guard. He pointed out things I had not heard or seen such as the gun the man pointed at me within close range.

Stress, Lee explained, affects people in different ways. “We get tunnel vision … we can momentarily lose our hearing … there can be slight memory loss” he said, in addition to increased breathing and heart rates.

As examples of use of force, the officers showed dash and body camera videos from departments nationwide. In the videos, including one where an officer’s force was deemed “unreasonable,” stress was palpable. Lee pointed out an officer who continued to command a suspect to get on the ground while the suspect was on the ground. While none of the videos were from the department, all sworn Emeryville police officers have body cameras as of August 2015, according to Capt. Fredrick Dauer. The department does not have dash cameras.

Spotlight on Use Of Force

The Emeryville Police Department has been part of the nationwide spotlight on police use of force in the wake of recent officer-involved shootings, including that of Yuvette Henderson in February 2015. The E’ville Eye previously reported that incident was the third shooting involving Emeryville police officers in the previous 40 years.

As police departments nationwide are re-examining their use of force policies, Emeryville’s police department is updating its policy. The renamed “Resistance and Aggression Policy” will “go through a thorough vetting and approval process before being published,” Dauer said in an email with the E’ville Eye. There is no estimated date of publication.

The EPD expects to start planning its next Force Options Simulator classes for civilians after July 1, when the next budget cycle begins, said Dauer. Interested civilians should email Dauer at fdauer@emeryville.org. 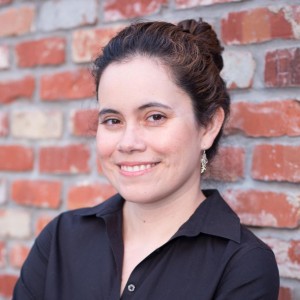 has called the Rotten City "home" for nearly a decade and is thrilled to write about the people and businesses that comprise dynamic E'ville. Fascinated by people, Michelle is, at heart, a storyteller, evidenced by her work as an award-winning writer, marketing specialist, former journalist and photographer. Her passions include art and design, youth advocacy and opening doors to higher education.