When I heard that there was going to be a new beer garden in North Berkeley a few months ago, I was thrilled. Westbrae Biergarten, located on Gilman St. at Curtis has been a hot topic that’s been on a lot of people’s radars since it was announced last year. I discovered they were having a soft opening through Berkelyside’s NOSH column before their official grand opening date of June 12th. I decided to stop by a couple of days later on a Sunday around 7 p.m. to check it out and the experience turned out to be just how I expected it – great local craft brews, lively and warm people, fun Brazilian music, awesome food, and an overall feel-good environment. I arrived to be greeted instantly with warm smiles and positive vibes.

Westbrae Biergarten is located in a somewhat sleepy area that is slowly gaining popularity. The neighborhood has preserved great establishments, which helps maintain its historical roots. Many people are excited because this establishment is one of the newest additions to the area since 2012.

Linda and Carl Lasagna, owners of the lot that includes the adjacent Westbrae Nursery, are Berkeley natives with family ties that go back over a century. They leased the previously vacant space to Pedro Robin & Lynn Ferreira of Pedro’s Brazil Cafe who have brought their vision of a community-oriented space to life: Serving up delicious eats and local craft beers in a beautiful and lively outdoor setting.

They were serving eight beers on draught at $6/pint or $12/1.4 liter stern and three ciders. You will see local offerings from sour beers Berliner Weisse from Golden Road Brewing in LA to IPA’s like Alpha Session from Drake’s Brewing in San Leandro. It was a good selection overall and at reasonable prices. For non-beer drinkers, there’s also a small selection of wine available by the glass & carafe.

If you have ever been to any of the other Brazil Café locations, you will be delighted to see that they offer a similar menu. I have been dining at Brazil Café since 2006 and am still a big fan of their Tri-Tip Sandwiches. The food takes about 30 minutes or so to be delivered to your table. “Flying Pigs” shown below (bacon-wrapped chicken “nuggets”) are one of the most popular items on the menu.

If you’ve sat outdoors at the original Brazil Café location near Mike’s Bikes, you will recall the fun Brazilian music and a man named Pedro who greets you with a tri-tip sample, wearing sunglasses and dressed mostly in white colored outfits. This location is no different. You get the same music, you’re sitting outdoors, and you get Pedro, who welcomed people into this place with his bright personality like it was his own home.

They expect to have more food trucks, such as Roli Roti, rolling through on various dates in the future.

While I visited on a Sunday evening, the energy was still rocking and the crowds were plentiful but it wasn’t overwhelming. It wasn’t overly loud, and it wasn’t the type of place where you’d need to scream in order to chat with one another.

Designed by DSA Architects, Westbrae is spacious and there were many picnic style tables available. Lots of standing room as well. I can imagine it would probably hold about 80 people comfortably.

Bring the Kids & Your Furry Friends

For those of you who have kids, you can feel free to bring them over to the beer garden. It’s a family friendly venue with a decent amount of space for them to wander around. Your little furry friends are also welcomed at the venue.

Overall, Westbrae Biergarten is defining what a true neighborhood hang out should be while bringing local flavor to the mix. It’s a great addition to the community! Having an outdoor beer garden has made it possible to meet and bond with others in the neighborhood. SF has one, Oakland has one, and now Berkeley has one (your move, E’ville!).

Street parking will surely be at a premium as the spot gains popularity. Luckily, the biergarten is accessible via Berkeley’s network of Bicycle Boulevards now connected to Emeryville via 9th Street. It’s also about a 15 minute walk from the North Berkeley BART Station according to Google Maps.

The hours are undetermined at the moment until they officially open on June 12. However, you can try your luck and check out the place during their soft opening. It seems that they are open for most of the day starting at lunch. 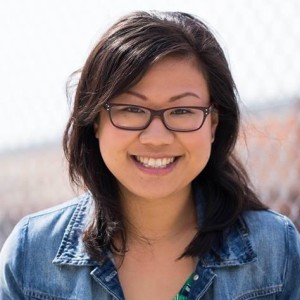 A loyal East Bay native who's lived in Emeryville since 2012. Brenda is a food writer with a passion for exploring the local food scene and learning about the culture of food. When her mind isn’t fixated on food, she’s enjoying a bike ride along the marina. She has a weakness for salty pig parts and ice cream. Check out her food blog Bites & Bourbon

Councilmember Brinkman opts not to seek re-election. An exclusive conversation