Three years ago, LauraLe Wunsch, founder of Oxgut Hose Company, Inc. was looking for something to take her successful career in advertising in a new direction: something that would not only engage her entrepreneurial spirit, but capture her heart as well.

One of the ‘somethings’ she explored involved a group of Bay Area artists making cases from reclaimed wood. At one point the need for fabric came up. Someone mentioned a company in England that made wallets and luggage using recycled fire hose. And so one Friday evening LauraLe visited the Mill Valley fire station with the idea that she’d pick up a swatch of fire hose. Like you might find a swatch at Pottery Barn. Instead, two hip-high stacks of fire hose were waiting for her.

The firemen began loading it into her car over her protests: she lived in the city, didn’t have a parking space let alone space to store hundreds of feet of fire hose. Not to mention that fire hose weighs a lot: part of the qualifying test for a fire fighter is carrying a forty pound coil of hose up five flights of stairs while wearing twenty pounds of fire fighter gear. Not what she’d planned for a Friday night.

The Mill Valley fire fighters were crestfallen. “If you don’t take it,” they said, “it’ll go into the dumpster and become landfill. That breaks our hearts.”

It was an aha moment. LauraLe saw the opportunity to solve the problem of what to do with all that discarded fire hose (it’s virtually indestructible) while at the same time giving local designers a unique and inspiring material for creating unique and inspiring products. She would be the bridge between design and production, connecting designers and fabricators, while at the same time giving something back to the community: less landfill. And so Oxgut, named after the material used to fabricate the very first fire hoses in ancient Greece – was born.

LauraLe hands me a piece of fire hose that has been washed and had the inner lining removed from the outer sheath. She tells me this piece is older, made of cotton—a material that isn’t used much anymore. The fabric is silky soft and glacial white with pale lemon threads running through it. It’s much more beautiful than it needs to be to do its job: delivering hundreds of gallons of water per minute to extinguish fire. And then it hits me. I’m holding something that was used to save someone’s home from burning to the ground, maybe even to save their life. It’s a visceral and emotional reaction I’m having to this piece of fire hose and I start to get a little teary. I mention this to LauraLe.

She nods. “Americans in particular have a nostalgia for fire fighters,” she says. “There’s something very special about what they do. It’s heroic. And that legacy seems to stick to the reclaimed fire hose and the products made from it.”

Now I know where Oxgut’s tagline, “Exclusive Designs with a Heroic Past” comes from.

We talk about LauraLe’s business model. She laughs and says that in hindsight, she started her business backwards, beginning with a highly sophisticated design prototype and working her way into simpler ones. First came a hand crafted, high-end chair with a unique and striking aesthetic. Next came the mats.

And from there the ideas and opportunities grew exponentially. One year into getting Oxgut off the ground, SFMOMA did an offering of their products. Oxgut products found their way into boutique stores. Not long after, mainstream retailers began to connect with what Oxgut was doing: Uncommon Goods, Williams Sonoma and Anthropologie all carry lines.

Emeryville is a good home for Oxgut, LauraLe tells me. The community of artists and designers that gravitate to our city is a perfect fit for her business model. And looking around their Hollis Street space, I can see that Oxgut is a definite complement to Emeryville’s industri-artisanal vibe.

Oxgut offers standard products as well custom-made pieces. That’s fabulous, I think, eyeing a certain roll of hose and the lightweight Oxgut tote bags sitting on one of the workbenches. I am already imagining a custom-made, cross-body bag featuring the ATTACK HOSE logo but with the ‘se’ taken off. That’s a bag that will guarantee me a seat on BART even during peak commute.

LauraLe would like to see Oxgut grow into a national network of green, sustainable businesses with a purpose. “Every community with a fire station has the issue of what to do with fire hose that is no longer serviceable. At the moment, there aren’t a lot of solutions.”

Her eyes light up as she shows me all the types and colors of fire hose she’s acquired so far—nearly two tons of material. Enough fire hose to snake its way from Emeryville to San Francisco. “I want to see what we can do with it,” she says. 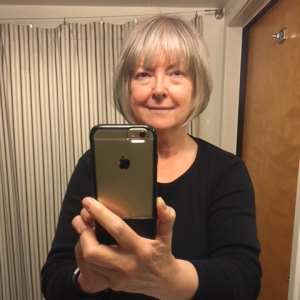 Will Emeryville survive the next major Earthquake and resulting Liquefaction?