Operating out of a small warehouse at 63rd & Hollis, Imperfect Produce is on a mission to shatter the unrealistic beauty standards of the produce industry and reduce food waste. An estimated 20% of so-called “ugly” fruits and vegetables are rejected and often discarded annually because they didn’t meet an aesthetic standard.

Imperfect buys these blemished or wonky-looking produce directly from farmers and delivers them directly to customers at a much lower price than supermarket chains. The US Department of Agriculture estimates that this leads to billions of dollars of food wasted each year.

“We like to say that we buy and sell ‘cosmetically-challenged’ produce,” joked Aleks Strub, Imperfect Product’s Marketing Director while providing a tour of the company’s warehouse. “Just because some of them aren’t beautiful enough for supermarkets, doesn’t mean they aren’t edible.”

Even though some of the produce featured on their website showcases badly misshapen and even conjoined lemons, apples and carrots, it’s striking how normal most of their fruit and vegetables seem at first glance. “Most of it was rejected just because it’s smaller than usual or has scars, or a bit of an odd shape,” Strub explained, holding one of the rejected items. “It’s so heartbreaking to imagine tons of produce like this going to waste because it’s slightly different from those fruits and veggies considered ‘normal’,” she added.

To prevent this from happening, Imperfect Produce’s founders, Ron Clark, Ben Chesler and Ben Simon, decided to find a more efficient way to address food waste after being involved in hunger-fighting organizations for years. Chesler and Simon, drawing from their experience preventing food waste, created Food Recovery Network to donate uneaten cafeteria food to soup kitchens. They’ve now expanded this network to over 100 colleges in the U.S..

Imperfect Produce opened its doors last summer, but just recently expanded operations to other Bay Area cities including the lucrative San Francisco market. “So far it’s been a success because we deliver cheap and healthy produce, but we also help farmers. They appreciate the extra income for food that would otherwise be discarded,” Strub explained.

Like many businesses with a local distribution model, the company gravitated toward Emeryville because of its central location. “We’d love to be in San Francisco, but we don’t want to be competing with every other startup.” noted co-founder Ron Clark.

So far, Imperfect Produce works directly with eighty farmers in California, with some of them growing organic produce. “We offer organic fruits and vegetables, but we’re focused on preventing all food waste including organic and conventional produce. We don’t mind buying out-of-season items if it reduces food waste” explaining how just a few weeks ago the company bought an entire truck full of Mexican grown mangos that were rejected after crossing the border.

Tuesdays and Fridays are their packing days, when the company’s warehouse is buzzing with activity as the employees ready the produce boxes for delivery. A small container, with up to nine pounds of produce, goes for $11 and the extra-large one, with up to 25 pounds, sells for $27.

Imperfect Produce recently announced a partnership with Whole Foods, to sell their “ugly produce” at their stores in Northern California, though no official launch date yet has been announced. “We feel Whole Foods can be a good partner because they really care about where their food comes from and the whole process, so it makes sense to work with them” Strub added.

The company’s management is hopeful that Whole Foods and other national and local grocery stores will get on board with Imperfect Produce as food waste becomes an increasing global concern. Much like some national beauty awareness campaigns for humans, Imperfect Produce wants to remind us that “beauty is only skin deep.”

Imperfect has various sized boxes ranging from $11-$43 and are available for delivery within Emeryville or free pick-up: 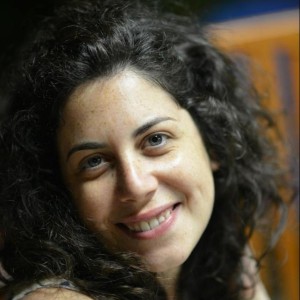 moved to Emeryville in 2014 and calls the Watergate Community home. A passionate journalist working for print and video media outlets, she's always had a knack for hyperlocal news and stories that felt close to home. Her interests are food (definitely food), culture, politics, tech, science and lifestyle.