The Emeryville Real Estate Market started 2016 with a bang. January saw six homes sold, compared to only one in 2015. Of those six homes, five were one bedroom homes. The six homes sold for an average of 5.9% over asking and the median sales price decreased from $491,000 in December to $415,000.

Studios
There were no studio home sales in January.

For purposes of identifying sales by location, we have divided Emeryville into 3 parts:

Homes of the Month:

9 Commodore Drive #A215 is a bright, one bedroom, one bath condo in the Watergate complex. This home is 666 square feet and features a deck overlooking the water and bay views.

Designed by Wurster, Bernardi & Emmons, Watergate is a large community of low-rise garden condos, sitting on a peninsula north of the Bay Bridge. Because of its location, Watergate boasts some of the best views of the San Francisco skyline, the Bay Bridge and East Bay hills. Self described as a recreational-residential community, Watergate offers an abundance of amenities including: four swimming pools, four tennis courts, two health clubs, four racquetball courts, gym room, saunas, steam rooms, showers and changing rooms. The grounds are lushly landscaped and there is a boardwalk, perfect for daily strolls. Residents also enjoy an adjacent marina, parks and restaurants.

6466 Hollis Street #207 is located in Glashaus Podium. This 2 bedroom, 2.5 bath townhome is 1,547 square feet over 3 levels. The first level is comprised of a large den and half bath, the main level is the kitchen, dining and living room combination and the third level is where you find the two bedrooms and two baths. This home features hardwood floors, stainless steel appliances and an in-unit washer and dryer.  An open layout on the main living floor is comfortable and ideal for entertaining.

Glashaus was designed by East Bay architect, Kava Massih and built by Pulte homes. It originally began selling in 2006-2007.  The project is comprised of two sections: Glashaus Townhomes and Glashaus Podium. The townhomes section is comprised solely of 3 level, 2 bedroom units with their own attached garages, while the podium units consist of studio, one and two bedroom condos and townhomes with assigned parking spaces in the shared public/private garage below the podium. There is a bocce ball court along the greenway behind Glashaus, as well as a community room with outdoor bbq that can be rented by residents. 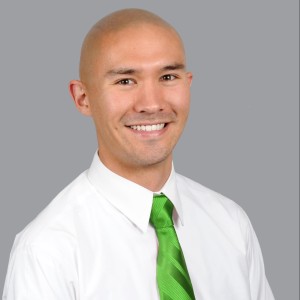 Born and raised in San Francisco, Leo moved to Emeryville in 2010, where he and his wife started their family. Leo is particularly fascinated with the warehouse revivals and newer construction residential buildings in Emeryville. You can catch him on daily walks with his family and terrier-poodle along the Greenway. Follow Leo on instagram @leojpeak or visit leopeak.com.