Most of us know of The Townhouse’s historic role as “City Hall East” for the notorious ex-Chief of police John LaCoste. During this era spanning the 70’s and early 80’s, “Vernetti’s Townhouse” was more of a Country-Western themed bar under the ownership of Joe Vernetti.

After the “Urban Cowboy” craze of the 80’s faded, The Townhouse reinvented itself as more of a fine-dining establishment under the new ownership of Chef Ellen Hope Rosenberg and French restaurateur Joseph LeBrun. It is during this period that Cal student Paul Harrington left his mark on our city’s history & culture, and the fine art of cocktail making.

UC Berkeley Oral History Center writer Shanna Farrell recalls the impact Harrington had on modern “mixology” and why he is considered one of the “godfathers of the cocktail renaissance”.

By Shanna Farrell
(This story reprinted with permission from Berkeleyside.com’s NOSH food column).

On an unassuming street in the middle of Emeryville is the Townhouse Bar & Grill. The restaurant, located in an old, wooden house, its facade faded by the sun, stands in sharp contrast to the newly constructed buildings erected around it. Its walls have discolored unevenly, half of them brown and the other a jaundiced yellow. There are two red tents shyly peeking over a fence, indicating a coveted backyard area. Once inside, however, its rustic exterior gives way to a charming dining room lined with neatly set tables atop white linens. There’s an inviting copper bar crowned by a full shelf of curated alcohol.

It may not be immediately apparent from Townhouse’s humble, homey appearance, but it is more than a neighborhood place where people come together to break bread and sip Martinis. It was ground zero for the start of the West Coast’s contemporary cocktail revival, which began here in the early 1990s. This boils down to the employment of one person: Paul Harrington.

Harrington is the one of the godfathers of the cocktail renaissance. He introduced people to classic cocktails while tending bar, used obscure ingredients that are now commonplace and wrote one of the first American cocktail books since Prohibition — all before he turned 30-years-old. The Townhouse is where he earned his education in spirits, perfected classic recipes he had read about in antiquarian cocktail books and created the Jasmine, a drink that has been enjoying its own renaissance as of late.

Like many, Harrington got into bartending to help pay his way through college. He attended UC Berkeley in the early ‘90s, first studying engineering, and later, architecture, for which he earned his degree. He had past experience, working at Charlie’s Bar & Grille in Bellevue, Washington — his hometown — so it was an easy transition to bartending in the Bay Area, working initially at Houlihan’s in Fisherman’s Wharf in San Francisco, and then joining the team at the Townhouse. Originally opened in 1926, the Townhouse was on its fifth iteration in 1989, when it was bought and remodeled by chef Ellen Hope Rosenberg and Joseph LeBrun. Rosenberg and LeBrun brought on Harrington about three months after they opened.

The Townhouse boasted an extensive liquor selection, especially given it was the early 1990s, which Harrington took full advantage of to deepen his knowledge of spirits. He attended weekly tastings and cultivated his tasting skills, earning himself what he calls a “working man’s palate.” He said, “I can’t get into explaining why they’re telling you there is blackberry or dirty socks or whatever; that’s not me. But I can tell you how wine feels in my mouth and if it goes with what we are serving. I’ve always had this gut instinct reaction to beverages, like this works or this doesn’t. I don’t have a lot of pretense about it, but I believed in everything I poured.” Harrington worked his was up to bar manager and implemented the use of fresh juice, far ahead of anyone else in the Bay Area. He frequented the Ashby Flea Market in Berkeley, where he bought an Ebaloy juicer. This became one of his most important tools. “It was very well machined,” he said. “I had in my own personal collection, and it probably traveled with me.”

He also purchased vintage cocktail books at the Ashby Flea, including Memories of a Cuban Kitchen by Joan Schwartz and Mary Urrutia Randelman. The book included a section by famed London bartender Charles Schumann, who had included recipes for the Mojito and the Hemingway Daiquiri. Schumann called for the use of fresh juice in the recipes, which resonated with Harrington. He began to make these drinks for his guests at the Townhouse, where they were a success.

Harrington caught the attention of several local writers, including Pamela Raley, an editor at the now shuttered publication Bay Foods. Raley asked Harrington to write a piece for them, to which he obliged, and featured rum cocktails.

Harrington left the Townhouse for about six months in 1992 to work at Enrico’s Sidewalk Cafe in the North Beach neighborhood of San Francisco and brought the Mojito with him. He and his drinks were featured in a story written by Gary Wolf, an editor at Wired. After the story was published, Enrico’s blew up, effectively starting the Mojito craze that swept the country (especially the Bay Area) in the 1990s and 2000s. People would bring in the article and order directly from the newspaper. This made Harrington uncomfortable and is in part why he returned to the Townhouse, where he could focus on customer service. “[After the piece ran] it was really the first time when people ordered something that I hadn’t told them about or sold them on. It was unsettling. It was not the same experience,” he said.

Upon his return to the Townhouse, Wolf approached Harrington about consulting for a drinks column for Hotwired, the web component of Wired magazine. “I would show up at the Hotwired office, usually on a Thursday or Friday afternoon, and there would be 10 or 12 writers working on the website,” he said. “I would make drinks for them as a group and talk about what I knew of the cocktails. We would assign groups of two or three people to go out and write a story about the Old Fashioned or the Side Car. They would do research, write something and then email it to me. I would edit and change things.” This column, run by editors Laura Moorhead and Graham Clarke, became “The Alchemist,” one of the first cocktail “blogs” of the time.

Moorhead began to push Harrington to writing his own columns. They co-wrote his first article. The piece did well and led to others. Harrington ultimately co-wrote the Hotwired articles for two years, all the while bartending at the Townhouse. The two created so much material for “The Alchemist” that they decided to turn it into a book, The Drinks Bible for the 21st Century. It included 64 recipes that Harrington had carefully tested on his guests at the Townhouse and in the Hotwired offices. The Drinks Bible for the 21st Century was published in 1998 and was one of the first books to usher in the cocktail renaissance. It earned a prestigious James Beard Award nomination for best book.

The book became the unofficial manual for countless Bay Area bartenders. Erik Adkins, Beverage Director for the Slanted Door Group, and Jon Santer, co-owner of Prizefighter, count this as one of their most important resources when they were starting out.

“When I was working at the Slow Club in San Francisco, they just had lemons, limes, a hand press for juice, spirits and Paul Harrington’s book. It had awesome pictures and vintage drinks. Suddenly I’m like, ‘Oh, I’m making a Pegu Club! That’s what a Daiquiri is! Oh, that’s a Mai Tai,” Adkins said.

Santer’s bar manager gave him a copy when he was a green bartender. “He was like, ‘Read this. If there is one book to read, it is this one.’ So I did, and that became my basis for how I understood drinks for a very long time,” Santer said.

Harrington left the industry shortly before the book was published and headed back to Washington state to pursue a career in architecture. But without his talent, curiosity and ability to connect with his guests at the Townhouse, the modern cocktail revival would look very different than it does today. Although Harrington’s time at the Townhouse has long since passed, the restaurant’s current cocktail menu incorporates drinks from his era, along with drinks that have emerged since his reign.

Shanna Farrell is an oral historian at UC Berkeley’s Oral History Center where she works on a wide range of projects, including contemporary cocktail history. She is the author of “Bay Area Cocktails: A History of Culture, Community and Craft.” She is also the co-host of a new podcast about the intersection of food and drink, called the Prix Fixe. You can find her tweets and Instagrams at @shanna_farrell. 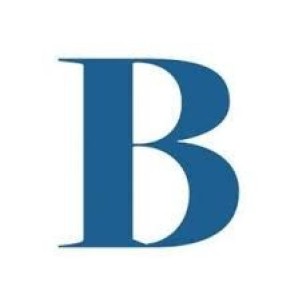 Emeryville’s Forgotten Neighborhood: “This is the worst it’s ever been”