Most people who have heard of the Emeryville Mudflat Sculptures know very little about them. If you have seen pictures of them, you are left with the question; “who made these things and why?” A random activity of sculptures, signs, and proclamations on the edge of a freeway in a pre-internet era didn’t lend itself to an abundant amount of information. The Emeryville Mudflats have always have been shaded in mystery. Their origin story is not widely known as the artists worked mostly anonymously.

They did not seek personal attention for their efforts. As the materials were not meant to last. Their motivations were more for the experience and the thrill of “making”. The stories of the works survive only in people’s memories of them and soon inhabited a mythical space. But through the works of two contemporary documentarians of the mudflats, there is a clear origin story about how the Mudflats became to be. The Emeryville Mudflats began as an exercise in fine art pedagogy and bloomed into itself as a self-governing public art for the people, a folk art environment for a post-modern era.

The San Francisco Bay was the center of subversive cultural activity in the 1950’s. Despite the larger American trend of its day, culture was being pushed in radical ways locally. The work of these radicals of the 1950’s greatly influenced the next generation of artists in the 1960’s who ended up defining what West Coast art was on the international stage. A defining part of West Coast art was the art of assemblage; creating art from debris. This was not a new idea. Making art from junk is a folk art tradition as old as time. Bohemians of the day were searching for authenticity through “folk” to establish their voice from the America they separated themselves from. The soul of these works gave the artist freedom of material and its urgency as a countercultural path in modern art. These young artists had to express themselves, no matter skill or financial situation, junk or beauty, by any means necessary.

Quickly these works from the bohemian community began to be widely recognized on the east coast and beyond, yet the wider local art community was still discussing its merit. There were many discussions on the widening art scene but there was one in particular that earns its moment in history. This discussion was in a sculpture class at The College of Arts and Crafts in the summer of 1960. Percolating in Professor Everett Turner’s sculpture class was the next generation of notable artists that were asked to exercise the merits of this contemporary trend. In this discussion they decided to get their hands dirty and collectively make a work out of detritus. Alameda native and a student in Everett’s class, Garry Knox Bennett, suggested a forgotten farming community of Bay Farm Island. Bay Farm Island sat between the municipal landfill and the Oakland airport. Once an Eden for foul, it was now covered in driftwood and garbage.

Supplied with a bucket full of nails and cases of beer, Everett’s CCAC Sculpture class went out to Bay Farm Island in the summer of 1960. They went there with no concept of what to build. Without much debate they just started building. The class gathered any kind of interesting junk they could find. Under the warm sun of that Saturday afternoon, a shape began to form. What started out as structural posts resting on the mud, spewed out an energetic interpretation of a ship. It was decked out with a flag on mast and a forgotten doll as a figurehead. To Garry and Silvia Bennett’s recollection, the class named this ship shaped sculpture “SS Eichmann,” assuming it was meant as an effigy of the resent capture of the Nazi War Criminal. The naming of the sculpture reflects the growing political consciousness of students of the time. Penny Dhaemers, a graduate student at CCAC, documented the Sculptural event and capturing the energy of that class experiment. To the class who witnessed this event, it was only an exercise. I am sure it informed their own artwork in someway, but I doubt they knew what was to be inspired from their efforts.

Two years later in 1962, Penny Dhaemers photographs of the building of “SS Eichmann” were displayed in a gallery on the Oakland campus of CCAC (Now known as CCA). Little is known about this exhibition but we do know that a young artist named John McCracken saw the photographs. McCracken would later become a mystical and prolific artist that helped define the California art movement of Light and Space. At this time, like most undergraduate students, was trying to find his way to his own artistic process and vision.

When McCracken saw these sculptures in Dhaemers’ photographs, he saw a freedom and urgency not weighed down from art history. This inspired him to want to make what he called “non-objective expressions” in a place he was familiar with, The Emeryville mudflats. McCracken said in an interview, “I choose Emeryville flats because they seem to be the catch-all for all the debris that floats into this part of the bay.” It had 50 years of industrial and construction waste piled along the freeway (McCracken died in 2011 at the age of 76).

Emeryville was a factory town and all along the bay was an industrial waste dumps for companies like the PABCO Shingle Factory. Since the turn of the century, it was a goal that the East Bay Coastline was to be filled in to create flat and build-able real estate. It wasn’t until the “Save The Bay” campaign in the 1960’s that changed the perspective of the inner coast of the San Francisco Bay.

Following McCracken’s six-month abstraction endeavors in 1964, more and more works started to emerge and it had little to do with abstraction. The two kinds of works that began to appear either were extremely politically charged, or extremely whimsical. The first two political works documented in 1964 was a figure and a sign built out driftwood stating “Barry the Bomb.” The other was a sculpture referencing Prop 14, which was a law that threatened the civil rights movement.

The first whimsical works can be attributed to an El Cerrito High School student named Wayne Saxton. With no artistic training or motivations to push the limits, the straight-A student started to build for the sake of building. He built a giant hand emerging from the mud, a dinosaur, and a Viking armed with a sword and a shield. Even though he intended to remain anonymous, these works began to great attention from the local and national press.

In June of 1964, the three works of Saxton gained attention from the press. First from the San Francisco Chronicle asking “Is This Art?” and then nationally it was reported on in Time Magazine calling the sculptures “Derelict Sculptures.” Without knowing it the press pieces brought great attention to the creative activity. The press called them derelict works and questioned if it was an art form at all. Despite this critique, it did not connect with the masses that saw the pictures of these mudflat sculptures. No matter the intellectual examination of these works, it was clear that this was an art to be reckoned with.

Things were changing in the Bay Area. It can be felt from the reports on the Emeryville Mudflats. The idea of someone expressing to the masses whether it was whimsical or political seemed extremely threatening. These articles came out months before the student protests at Sproul Plaza at UC Berkeley. The Free Speech Movement is widely considered the beginning of the “1960’s.” The Emeryville Mudflats might have just been a lark of silly sculptures appearing alongside a freeway if it wasn’t the cultural earthquake that was happening that year.

The bay area embraced the mudflat sculptures. It became a cultural identifier. More and more sculptures began to appear after the summer of 1964. As it may seem, it wasn’t the artist or the radical that heard the Syrians of the mud. All walks of life began to hear the call to make their own sculpture down in the mud. Community church groups, nearby factory workers, and stay at home moms could understand the transformative power of making art and it being seen.

The City of Emeryville at the time embraced the activity. Even though it was trespassing and potentially radical, people embraced the artwork. By the time Time Magazine was writing an article on this curious phenomena in 1964, notorious Emeryville Mayor John Lacoste was newly aware of the activity. When asked about it  he said he liked them and stated “they give this town some class.” Emeryville was an industrial town and it embraced the potential for public art within its boarders. Emeryville’s embracing attitude towards the Mudflats sculptures would change later as Emeryville further shaped its vision of itself from an industrial town into a modern commercial retail destination.

The complex events of the 1960’s and the need for hopeful future gave the Emeryville Mudflats its fodder for the next 30 years. In that time, this drive-by-gallery would come to live in the hearts of many of the citizens of the East Bay. The art of assemblage was returned to the people and put to use as a functional folk art environment. It was a community cork board, it was a place of whimsy, it was a place of peace, and it was a place for all of these things. Not only did this art form inspire were all kinds of people to make these things but it forced millions of people to see their endeavors. The origin of The Emeryville Mudflats can be traced to the bohemian art communities’ experimentation into found art, but it was the artists that would not call themselves artists that made it into a place of radical public art that has never been seen since. 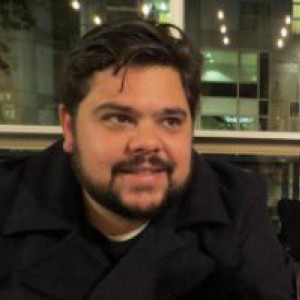